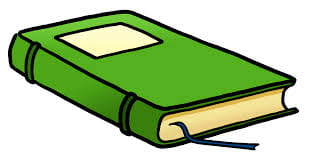 Have you ever stopped and asked yourself why books are the shape that they are?

I have to admit, it isn’t something I have ever asked myself either, but when you do delve into it, it is more scientific than you think.

Now, whilst all books aren’t the same shape exactly, they are almost always a rectangle with approximately the same proportions (width:height of about 5:8).

Firstly, humans read by flicking our eyes back and forth over the text in a process called saccading.  But our eyes can only handle a certain length of line before they can get “lost”.  Too long and our eyes get lost on their way back to the next line.  Too short and we waste a lot of time and get distracted by flicking between lines too quickly.  Ideally, a line of text should be between 45 and 75 characters, with the ideal being 66.

The other factor for us humans, is that the majority of us need to be able to hold a book (or reading device) in our hands. This means that books have been optimised for the shape of our hands.

… and now the historical perspective…

Before books, text was published in scrolls.  Greek scrolls read from top to bottom, whilst Egyptian scrolls read from left to right in columns.  The first codices, the precursor to books, were created by folding scrolls between these columns of text and stitching them together along one edge.  Since the first codices were created from scrolls, they took on the size of the original scroll, making them long.  But over time, the sizes of the codices began to shrink and took on the look of more modern-day books.

Another, more practical, factor in the adoption of the modern-style book shape is that books aren’t wider than they are tall due to the amount of stress that the width places on the stitching of the book spine.

Finally, there is a mathematical component…

Now, this can get complicated, so feel free to read further if you really want to get into the mathematical implications of book design.  But, the short version is that, mathematically, books are designed to follow the “golden ratio”.  This “golden ratio” of 2:3 provides both practical and aesthetic guidance for the construction of modern-day books.  This “golden ratio” is observable in nature and is used by other fields such as in art, architecture and music.

So there you have it… the scientific, historical and mathematical reasons why modern-day books (and reading devices) mostly have basically the same shape.