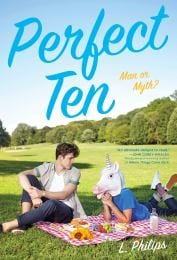 Sam Raines is in a romantic drought. It has been two years since he broke up with the only other eligible gay guy in his high school. To say that Sam is desperate to find someone would be the understatement of the century. Which is why when Meg, his best friend, suggests performing a love spell, Sam does not say no like a normal person. Instead, he crafts a list of ten traits he wants in a boyfriend, writes a love spell in Latin for good measure, and burns it in a cemetery at midnight on Friday the thirteenth.

The universe answers Sam, just not in the way he was expecting. Where there was none before, now there are three seemingly perfect guys, all in pursuit of Sam. There’s Gus, the French exchange student; Jamie, the artist; and Travis, the musician. Even Sam’s ex-boyfriend, Landon, might want another chance.

Could one of them be Sam’s perfect ten? Or is the perfect ten a myth?

This is a rom-com that is an engaging, easy read. 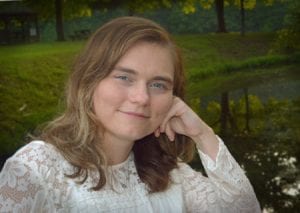 Read more about the author, L. Philips, on her publisher’s website.