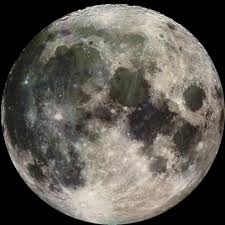 On February 29th 2019, Israel’s Beresheet spacecraft was launched at Cape Canaveral Air Force Station, due to land on the Moon in April 2019.

On board is a 30-million page archive of human knowledge etched into a DVD-size metal disc.

The Lunar Library is an initiative of the non-profit organization, The Arch Mission Foundation, who’s vision is to maintain a backup of planet Earth, designed to continuously preserve and disseminate humanity’s most important knowledge across time and space in a solar system wide project called The Billion Year Archive.

This space-based archive is designed to last for 6 billion years, or more.

This is the second space launch for The Arch Mission  Foundation.  In 2018, when Elon Musk launched a Tesla Roadster into orbit around the Sun, they put a quartz disc containing the entire text of Isaac Asimov’s famous “Foundation” trilogy of science-fiction books in it’s glove box.

Other missions that The Arch Mission Foundation has planned include:

Given that in the far future anyone wanting to read the Luna Library will not have a DVD player available and may not speak any language currently in existence now, the top of the Lunar Library’s disc is engraved with tiny imaged of books and other documents explaining human linguistics, along with instructions on how to read the contents of the disc . 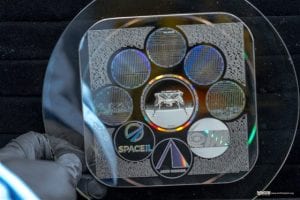 To read more about this fascinating initiative:

“A 30-million page library is heading to the moon to help preserve human civilization“, by Corey S. Powell, March 1st 2019