This is a moving and suspenseful story following Mackenzie and her father as they search the jungles of Panama for Mackenzie’s missing mother.  Mackenzie’s mother is a bat researcher who was visiting Panama for her latest research.  But when she doesn’t return home in time for her Year 6 graduation, when she had promised she would be, it becomes obvious that something has gone wrong.

Mackenzie’s father, in despair over his missing wife, takes Mackenzie to Panama to search for clues as to what happened to her.  But Mackenzie believes she knows, and she is desperate to keep the truth from her father and keep her mother’s secret.

The suspense in this story builds as it goes – it is a slow-build thriller rather than by the seat of your pants thriller.  Told in chapters that alternate between what happened when Mackenzie’s mother failed to return home and the current day search, you experience Mackenzie’s heartbreak and grasping at hope at what really happened to her mother. 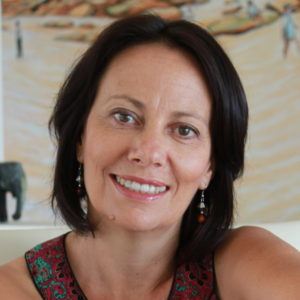 Read more about the author, Sue Whiting, on her webpage – Sue Whiting – adventures in story.

Other books by this author that we have available in the library are: 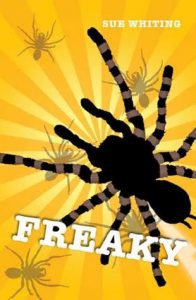 Three weeks with the rellies at Cactus Court.
No City Skate.
No mates. No fun.
Could life get much worse for Jayden?
Of course it could.
And what’s more, it did.

What do you do when life’s spinning out of control?

Cooper Jones longs for the time when life was simple. When all he needed to worry about was whether to change his undies or make do. Now, suddenly, his life has become all too complicated. Cooper is plagued with thoughts about the father he has never known – the man he suspects as being a cowardly loser; the man he suspects he is starting to take after. Then there’s Mum. She has been acting weirder than normal, as if Cooper growing a few centimetres is a criminal offence. What is going on there? When the gorgeous Abeba arrives in Wangaroo Bay, Cooper’s anguish cranks up a notch, as he realises that he’s not the only one whose life is complicated. Set against the backdrop of a fiery summer, Cooper needs to realise that when life is spinning out of control, sometimes you just need to get a grip.