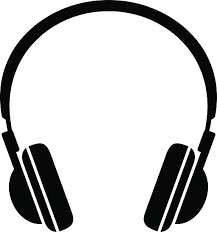 Do you love a good book but just don’t have the time to sit and read?

Then downloading an audiobook and listening to it in the car, on your walk or while doing other things around the house could the answer for you!

The audio books industry is booming as more and more people realise the enjoyment and benefits of them.  And the voice talent narrating these stories is first class.  You can listen to many famous actors lending their voices to popular audio books.  Some are read by the author themselves, lending that personal feel to the narration.

The good news is that audiobooks are coming soon to the school library!

Stay tuned for further updates on the roll-out of a new school library platform that will allow you to search the library catalogue, access ebooks and audiobooks and more….

According to Laurence Howell, director of content at Audible UK, points to explosive year-on-year growth. “More and more of our members are sitting down at home to listen especially to Audible content and, on average, listen to two hours’ worth a day,” he says. Last year’s biggest seller for Audible was Sherlock Holmes: The Definitive Collection – 72 hours of Arthur Conan Doyle stories narrated by Stephen Fry. “Digital technology and ability to listen on your phone anywhere have driven a real boom,” adds Howell. “Audiences now are demanding even longer ways to consume classics, contemporary fiction and non-fiction. And audio consistently outperforms other formats – sales for physical and ebooks, for instance, are flat or declining but audio is growing dramatically.”

Even better, research has shown that listening to audiobooks has many of the same benefits as reading.

Neuroscientists have discovered that the same cognitive and emotional parts of the brain are stimulated whether a person hears words, or reads them on a page.

Researchers at University of California, Berkeley have conducted research on volunteers who listened to and then read the same stories whilst having their brain scanned.

Lead author Dr Fatma Deniz, a researcher in neuroscience said: “At a time when more people are absorbing information via audiobooks, podcasts and even audio texts, our study shows that, whether they’re listening to or reading the same materials, they are processing semantic information similarly.

“We knew that a few brain regions were activated similarly when you hear a word and read the same word, but I was not expecting such strong similarities in the meaning representation across a large network of brain regions in both these sensory modalities.”

In further research, Dr Javid Sadr, assistant professor of psychology at the University of Lethbridge in Alberta, Canada, has studied the effects of “slow” media – be it TV, visual art or literature – on the brain and believes there are considerable benefits to epic audio binges: “It takes top-down control to direct and hold your attention on this one thing. Mastering and controlling your environment when it’s so filled with stimulation makes the rest of the world quieter, less bright and less noisy. The neural response to this, where you’re immersed and focused, ultimately feels good.”

That our brains “are trained to be distracted and overstimulated” plays another part. Sadr cites a “bucket-list culture”, which sees audiences seeking ever more extreme experiences to be able to really feel engaged. “Think about how television has changed: people watch entire seasons in one night rather than one episode.”

Then there’s the change in language, he says: “Everyone talks hyperbolically about being ‘obsessed’ with something now: podcasts or Game of Thrones or what have you, and it feeds that same impulse.”

[sources: “Reader, I downloaded him: boom times for the literary long listen“, Nosheen Iqbal. “End of audiobook snobbery as scientists find reading and listening activates the same parts of the brain“, Sarah Napton, 19/08/2019]