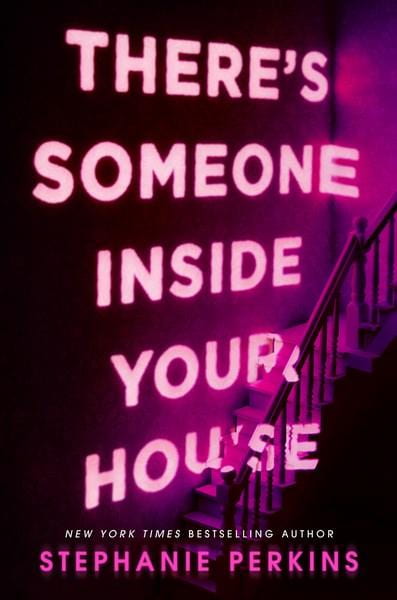 The chilling horror story, “There’s someone inside your house”, by Stephanie Perkins, is being made into a Netflix movie soon.

Makani Young thought she’d left her dark past behind her in Hawaii, settling in with her grandmother in landlocked Nebraska. She’s found new friends and has even started to fall for mysterious outsider Ollie Larsson. But her past isn’t far behind.

Then, one by one, the students of Osborne Hugh begin to die in a series of gruesome murders, each with increasingly grotesque flair. As the terror grows closer and her feelings for Ollie intensify, Makani is forced to confront her own dark secrets.

Shawn Levy and Dan Cohen of 21 Laps, as well as James Wan and Michael Clear of Atomic Monster, will produce the new film with Patrick Brice directing from Henry Gayden’s script. The film does not currently have a release date, but plans to start filming in Vancouver will begin in the Fall.

There’s Someone Inside Your House promises to be the perfect combination of horror, thriller and the adolescent coming of age story. Characters will fall in love, study for tests, look for part-time jobs and hopefully avoid the manic killings happening all around them.

Read the book before you see the movie….  “There’s someone inside your house” is available in the library.