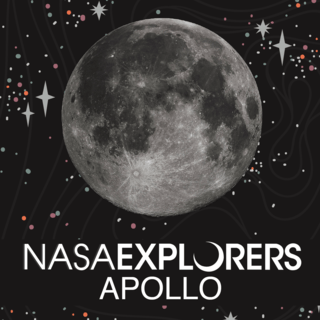 An audio series that tells stories of the Moon and the people who explore it.

During the Apollo program, the Moon became a part of the human domain. Twelve astronauts walked on the lunar surface, conducted research there and collected Moon rocks to bring back to Earth for study. Fifty years after humanity’s first steps on the Moon, today’s lunar scientists are searching for answers to the big questions: How did the Moon form? How did our solar system evolve? Did the Moon help life on Earth get its start?

Meet a Moon detective, scientists who study space rocks and people from all over the world whose lives were shaped by the epic adventures of the Apollo program.

What does a half-century of lunar science sound like? Join Moon data expert Ernie Wright on a musical time-traveling journey through the Apollo program and the exploration era of today. We explore what we knew about the Moon before Apollo, what we discovered because of it and the mysteries today’s scientists are working to solve.

Elena, from Nantes, France, shares her memory of watching the Apollo 11 landing from a friend’s house in Seattle. 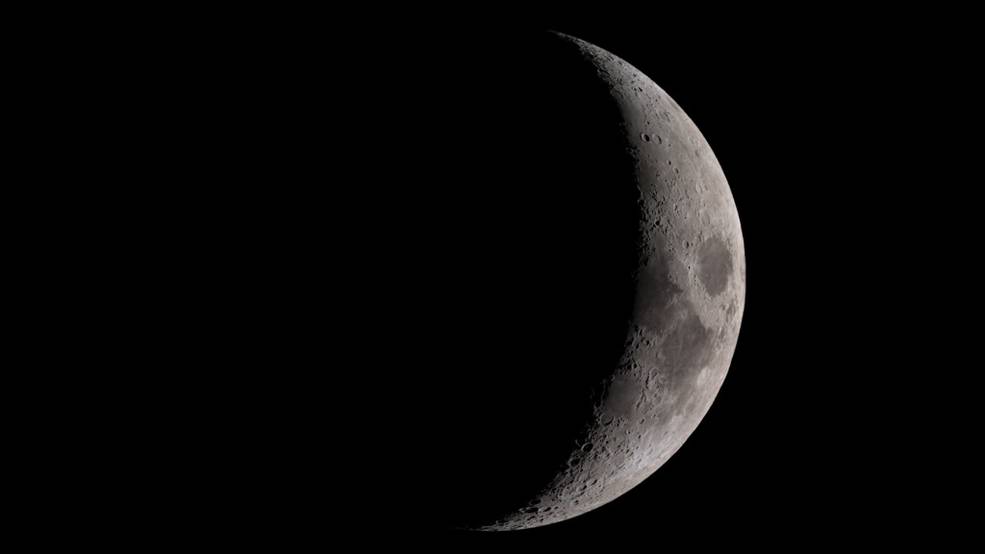 NASA Moon data expert Ernie Wright created this digital 3D model of the Moon using global elevation maps and image mosaics from the Lunar Reconnaissance Orbiter mission. The lighting is derived from actual Sun angles during lunar days in 2018.
Credits: NASA/LRO/Ernie Wright
This photo is public domain and can be downloaded from Goddard’s Scientific Visualization Studio.

Lunar exploration runs in the family for the Petros. NASA lunar scientist Noah Petro interviews his father, Denis, about his work as an Apollo program engineer. In a heartfelt conversation, Noah and his dad examine the human impact of the momentous Apollo 11 mission and their shared passion for science and learning.
Ginny from Danville, Kentucky, tells a story about celebrating the Moon landing with her childhood friends and a secret lemonade stand. 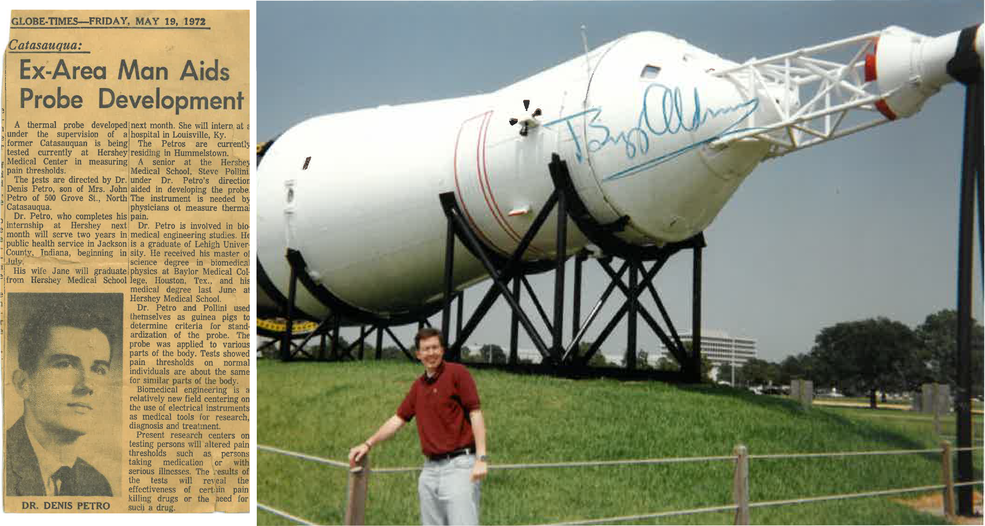 Left: Denis Petro is a doctor and biomedical engineer who helped NASA ensure the Apollo astronauts stayed alive, healthy and comfortable while exploring the Moon. This newspaper article from 1972 commends Petro for his research on measuring pain thresholds. Right: In a photo taken by his father, NASA lunar scientist Noah Petro stands in front of an Apollo-era Saturn V rocket on display at NASA’s Johnson Space Center. Denis later had the photo signed by Apollo astronaut Buzz Aldrin.
Credits: Photos courtesy of the Petro family
This photo is public domain and can be downloaded from Goddard’s Scientific Visualization Studio.

Meet the scientists who are making big discoveries by studying some very tiny rocks. The women of NASA’s Mid-Atlantic Noble Gas Research Laboratory (MNGRL) are getting ready to analyze never-before-seen Moon samples. These samples, collected by Apollo astronauts and brought back to Earth, have been carefully preserved for half a century so they could be studied by future generations of scientists.
Sophie, a 13-year-old from Athens, Greece, shares how lunar exploration inspires her to become an astrophysicist. 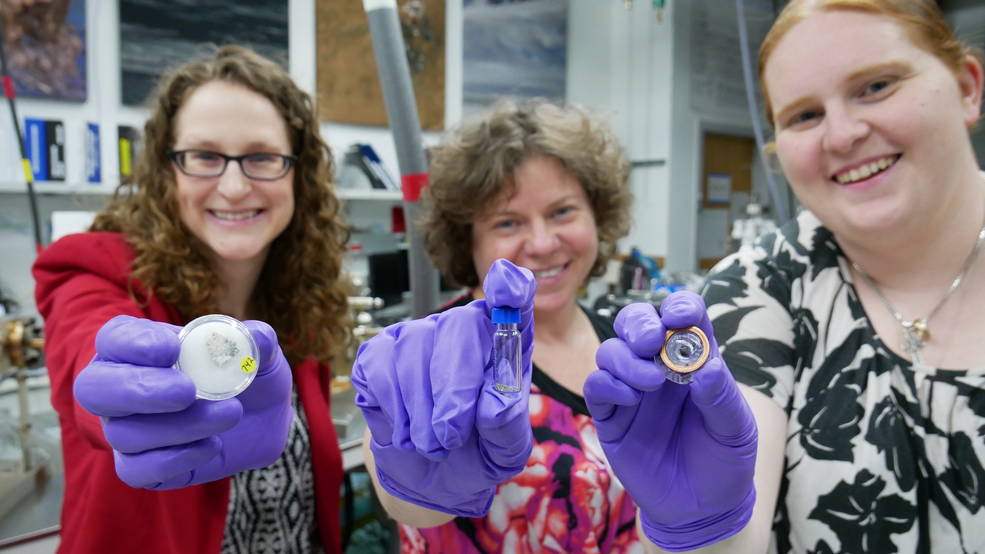 NASA scientists Sarah Valencia, Barbara Cohen and Natalie Curran hold lunar rock and soil samples collected during the Apollo missions. NASA’s Mid-Atlantic Noble Gas Research Laboratory (MNGRL) studies rocks from the Moon and Mars to learn more about their age, which sheds light on how our solar system formed.
Credits: NASA/Molly Wasser
This photo is public domain and can be downloaded from Goddard’s Scientific Visualization Studio.

What happened to the lost data from the Apollo era? Get to know the “data detectives” who are tracking it down. The science experiments the Apollo astronauts conducted from the surface of the Moon provide a long-term data record that’s crucial to understanding our Moon as a complete system. Today’s scientists are looking forward to future human exploration of the Moon and the discoveries to follow.
Ketan from Sugarland, Texas, tells us about his childhood in Mumbai, India, and how his father made sure his children got a firsthand look at the Moon landing. 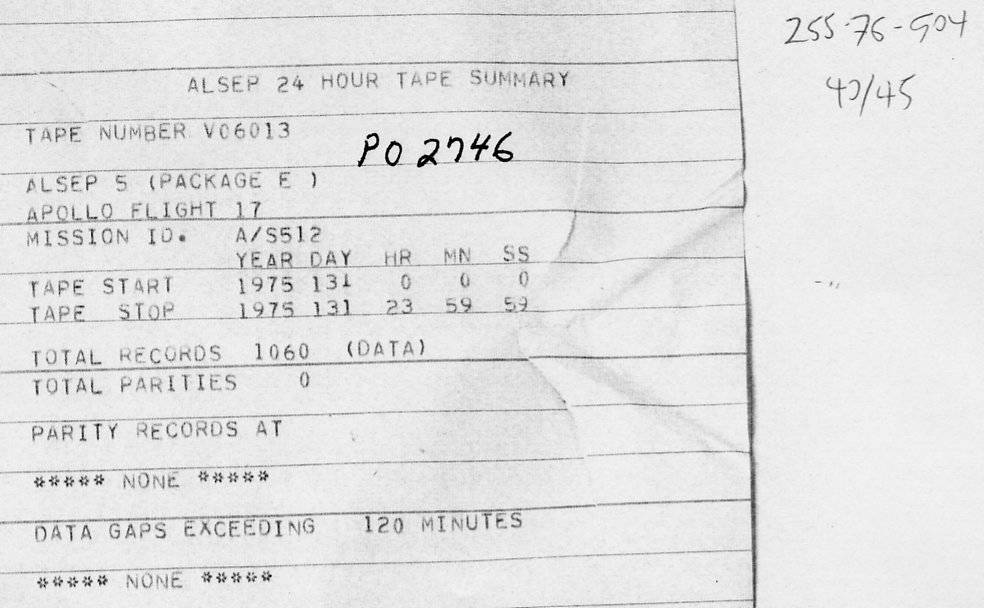 During the Apollo program, six crews of astronauts landed on the Moon and installed science experiments on the lunar surface. This label outlines the information contained on a tape full of restored data from the Apollo 17 mission.
Credits: NASA/Patrick Taylor
This photo is public domain and can be downloaded from Goddard’s Scientific Visualization Studio.