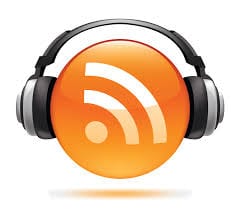 Podcasts are a great way to spend some screen-free time, relax or be entertained.  There are thousands of podcasts out there, so how do you work out which ones to listen to?  Well here are some great ones to try.

Real brothers, authors and vloggers John and Hank Green co-host a light-hearted advice podcast where they answer questions on everything from “should I become a space lawyer?”, “Where should I look when I’m talking to someone?”, “Will aliens ride our roller coasters when we’re all dead? ”  and “Should guests help do the dishes?”

Harry Potter and the Sacred Text 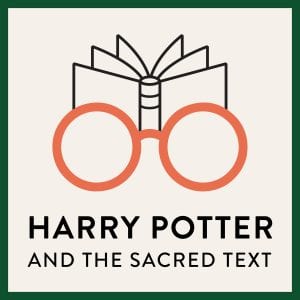 Join Vanessa Zoltan and Casper ter Kuile as they bring thought, reflection and laughter to Harry Potter; not just as novels, but as instructive and inspirational texts that will teach us about our own lives. Relive the magic chapter by chapter as they explore themes such as ‘commitment, ‘revenge’ and ‘forgiveness’

This podcast creates time in your week to think about life’s big questions. Because reading fiction doesn’t help us escape the world, it helps us live in it.

On this podcast, we ask: What if we read the books we love as if they were sacred texts?

Each week, we explore a central theme through which to explore the characters and context, always grounding ourselves in the text. We’ll engage in traditional forms of sacred reading to unearth the hidden gifts within even the most mundane sentences.

To get the most out of the podcast, we recommend reading along with us so that details from each chapter are fresh in your mind, but re-reading is absolutely not a requirement to enjoy listening!

A great weekly podcast from the team at B&N Teen blog features interviews with popular YA authors such as Christopher Paolini, Tomi
Adeyemi, Cassandra Clare, Chris Colfer, Tahereh Mafi and Laini Taylor – to name a few. 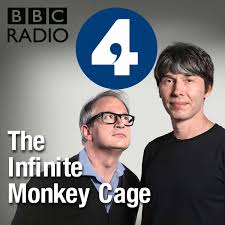 The Infinite Monkey Cage is a BBC Radio 4 comedy and popular science series. Hosted by physicist Brian Cox and comedian Robin Ince, this is a witty and irreverent look at the world according to science. 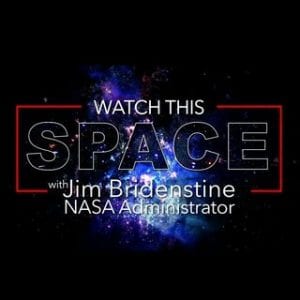 If you love space and science, NASA has a number of podcasts available.  These include…

Join NASA Administrator Jim Bridenstine (@JimBridenstine) as he explores all aspects of America’s space program and embeds you into critical conversations about how NASA pioneers the future in space exploration, scientific discovery and aeronautics research.

‘On a Mission’ is a podcast from NASA’s Jet Propulsion Laboratory that takes a close look at a single space mission, and examines it from different angles to share the science, but also the struggle and satisfaction in getting a mission off the ground.

NASA’s “Gravity Assist” podcast takes you on a journey through the solar system and beyond with many of the world’s top scientists as your guides. Hosted by Jim Green, director of planetary science, this inaugural series features lively conversations about some of the top discoveries and mysteries in space science. The introductory series begins with the Sun, followed by new segments each week on Mercury, Venus, Earth, Mars, Jupiter, Saturn, the ice giants Uranus and Neptune, and Pluto.

Houston, We Have a Podcast

“Houston, We Have a Podcast” is the official podcast of the NASA Johnson Space Center, the home of human spaceflight, stationed in Houston, Texas. We bring space right to you!

Can you spot a liar, liar, pants on fire? In the era of fake news, kids must be able to tell what’s true from what’s false. And what better way than with a game show? Each week, a kid faces down two grown-ups, one an honest-to-goodness true expert, the other, well, a dirty, rotten liar! Featuring real kid contestants and a hilarious sound-effects-generating robot, Pants on Fire teaches kids to ask insightful questions, weigh the evidence in front of them, and trust their gut. 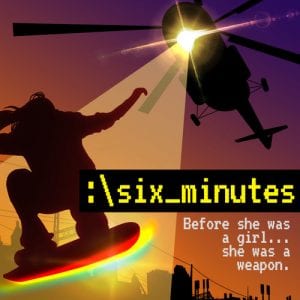 Who is Holiday? Where did she come from and how did she end up floating in the icy waters off the coast of Alaska with no memory?  Are her mom and dad really who they say they are? Why is she developing those incredible abilities? And what’s the deal with that cool hoverboard? The mystery unfolds in six-minute episodes, twice a week all year long….

Stuff You Missed In History Class

Little-known history comes alive in this fascinating podcast.  You don’t need to be a history buff to enjoy this podcast, with it’s focus on weird events, overlooked stories and under represented groups.  Fun and educational! 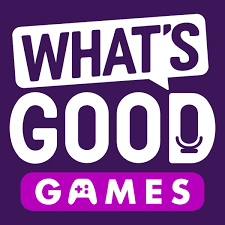 Welcome to What’s Good Games, an upbeat show for the nerd-inclined and your source for video game news, analysis, commentary and funny stuff.

A #Geek and #Comedy #Podcast that debates battles between superheroes and villains from the worlds of #Comics, #Scifi, & #Fantasy.   Featuring battles such as Dr Who vs. Darth Vader and the primary-colored ninja, Sub-Zero, takes on the X-Men’s Cajun Cassanova, Gambit.