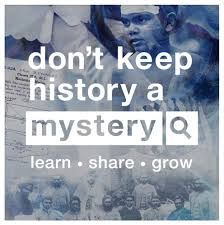 In keeping with the theme of National Reconciliation Week 2018.

Tui can only speak for herself. Join her as she gives her perspective on growing up as an Aboriginal person in city and country Western Australia. In her talk, she will share humorous anecdotes which touch on beauty, identity and language. Tui is a UWA Alumni and Aboriginal cultural advisor. Educated with part-time studies in the school of hard knocks, her list of work experience can be described as a “Jack of all trades” which includes: administrative investigator, observational evidence gatherer, project officer, Indigenous policymaker, artist, carpenter and cocktail maker. She is also a linguist-in-training and although she is a frustrated linguaphile who speaks only one language fluently, she has a passion for all languages and keeping home languages alive. As the former Indigenous Literacy Officer at the State Library of Western Australia, she was involved in an early year’s English literacy program for remote West Australian communities. She has also advocated for home language usage. This talk was given at a TEDx event using the TED conference format but independently organized by a local community. Learn more at https://www.ted.com/tedx