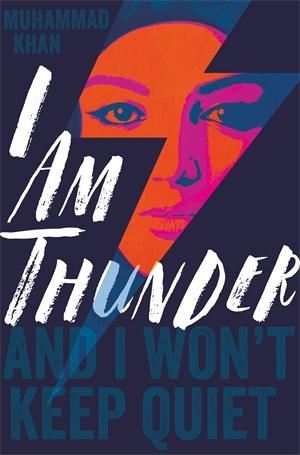 This book tackles issues of racism, Islamophobia, the struggles to form your own identity when your family expectations are extreme and ultimately – courage.

Muzna tries to be invisible to escape the racism and Islamophobia that she is subjected to every day in modern day London.  Her parents expect her to be a doctor when all she wants to be is a writer and tell her stories.  Her parents impose strict cultural limitations to her appearance and friendships and as she attracts the attention of Arif, the hottest boy in school, she starts to rebel.  But are the motives of Arif as innocent as they seem?  Muzna finds herself drawn into a world of extremest Islam and increasingly isolated from her family and friends as she falls in love with Arif.  But Arif’s world is not as innocent as it seems and Muzna must find the courage to be true to herself and what she believes in.

This can be a confronting read, but well worth it.